Now something I’m not is an expert on motorbikes.

I can dissect a car down to its core values and offer enough experienced commentary to establish myself as qualified opinion.

However, with motorbikes I’m starting from a blank canvas, which makes any form of judgement on this bike completely pointless.

It’s also a high benchmark. You see, I’m starting my motorbiking life on a high note. Most people would go for a comfortable tourer or a cheap bike that won’t hurt when dropped. Instead, I promised myself not to drop it and to make sure I was safe and sensible.

a fantastic entry level foray into the world of sports bikes

What I can tell you is that I bought a bike that was way beyond my competence. As a first bike, it was actually a fantastic experience and is the equivalent to diving into the deep end.

It’s a nuts and bolts bike, but it’s british, sexy and fast. For me, that’s all that mattered and it offered itself as a fantastic entry level foray into the world of sports bikes. It’s a track focused machine, differing from its standard stablemates by way of uprated brakes and suspension that gives it, allegedly, pin sharp handling characteristics.

It’s also a triple which means it has a very unique, distinct soundtrack. Some people love this, some hate it, I sit in the middle I guess.

Unfortunately, my relationship with this beauty was short lived as it was stolen mere weeks after I bought it, you can read about that more on the site I created about it www.motorbikethieves.com

But as they say, every cloud has a silver lining… 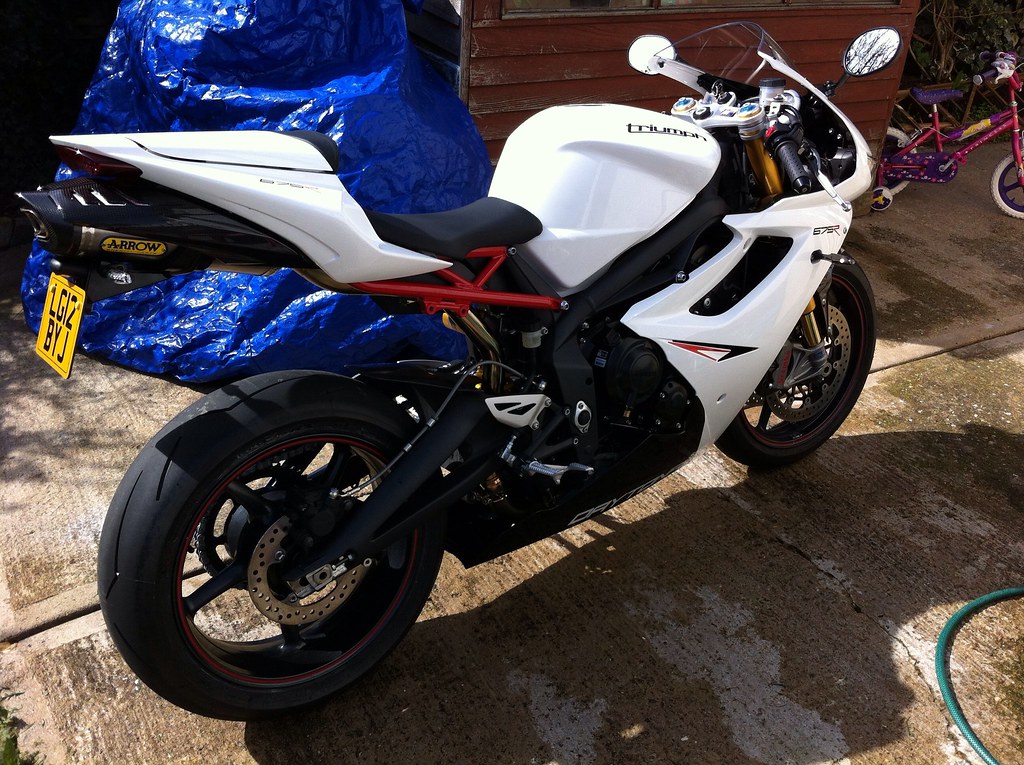