So a year has passed and not much has really changed. LOL seriously. A fuck load has changed, but there’s no car news.

I’ve been driving around in a Mini Cooper S for about a year now and it’s actually quite a good car. It was nearly £30k new (not what I paid) so it’s impressively loaded. If anyone wants to know more about the roller skate let me know and I’ll throw some words together.

The Alpina is pretty much ready. Nearly.

As you may know I collected the car from my nightmare garage earlier this year and drove it straight into my garage, made it SORN and completely forgot about it. Recently, I’ve been more interested in it. I think the lack of a more dramatic piece of exotica has forced my attention to it’s quirky nature. Getting this car done was a complete nightmare. It went from company to company, from one side of the country to the other. The workshops working on the car would eventually call me, begging me to take the car away as they were sick of seeing it. Neatly 18 months of stress and tears.

So here we are. As you can see from the photos, the car is pretty much immaculate. The body shell is almost without fault with not a single piece of rust anywhere. The whole car has been completely resprayed from a bare shell. Any consumable component of the car has been replaced with many other items changed too. New suspension system, complete new braking system, all pipes, replacement original Alpina exhaust system and an engine rebuild. As I said, it’s not perfect. There’s a strong smell of fuel in the car (almost certain there’s a leak on the fuel lines), there’s lately a lot of smoke too from the exhaust – that shouldn’t happen with the new gaskets etc. I also think the engine could do with a proper good map. It seems a little down on its power, but that may have more to do with the fact that with all the holes filled, the car weighs more!

Other than that, I’m still desperate to find a replacement drivers seat. The ‘houndstooth’ cloth trim has been damaged over time and I cannot get a replacement anywhere. Also, one of the scumbags who worked on the car has stolen the original Alpina wooden gearstick.

Otherwise, I love it. It sounds fantastic, that 2.7 really does have a unique, honey smooth sound to it that is very typical of the E30 six cylinders of that era. I also think it’s one of the best looking E30’s on the road now.

I would gladly take some recommendations for a good workshop who I can trust to do some mechanical work on the car to complete it. 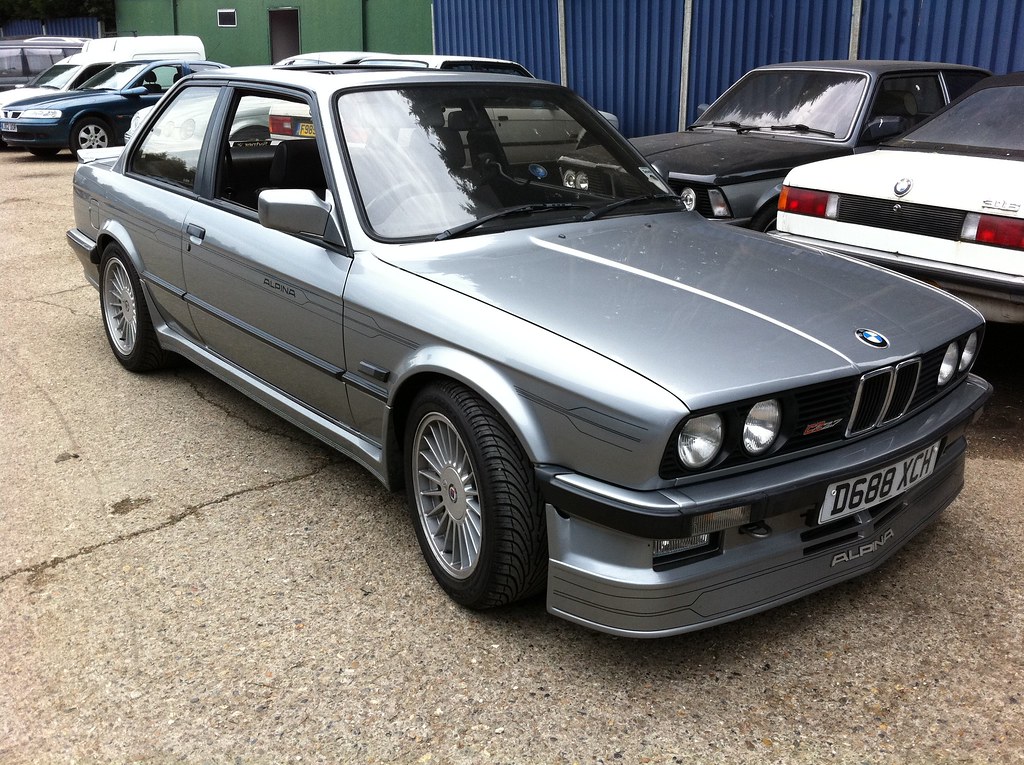 Something for the weekend? I went supercar shopping