Because you see, when I watched the Matrix Reloaded for the first time in 2003, I needed a Ducati.

NEEDED. How did I ever let something so beautiful slip me by without my prior recognition?

I didn’t buy a Ducati at first because I thought it was too good for me. I didn’t want to be the guy to walk into a motorbike shop, buy a ridiculously powerful bike, be all the gear with no idea and pull an unintentional wheelie upon my departure from the showroom planting the bike solidly into the back of a parked bus. I left that all for the next month.

When the 675 was stolen, it was an opportunity to upgrade. Clearly having defined and honed my immense biking skills over the past few weeks, 675cc was not enough. 848 was where it was all at.

I had suddenly entered a new world of biking where glam met grunge. Curiously, the pattern we see in cars is repeated in bikes. Italians can design the shit outta them. Being the Ferrari of the biking world, the bikes are built to look and sound great – which they do with aplomb.

The 848 is a great looking bike on its own, but then in Corse colours, its elevated to an even higher plane. With all my trick parts fitted, including the Termignoni exhaust pipe and tail tidy, the bike looked and sounded absolutely incredible.

I used it to commute to work every single day during my tenure with this bike. I also started to learn bikes properly. Lean angles, throttle input, riding position; all these things started to come together to help make me a better rider. I was also able to feel the differences between one bike and the other. The handling on the 848 for example was quite different to the 675, as was the power delivery, despite similar figures. Overall, very happy with the decision to go for the Duke over another 675R. 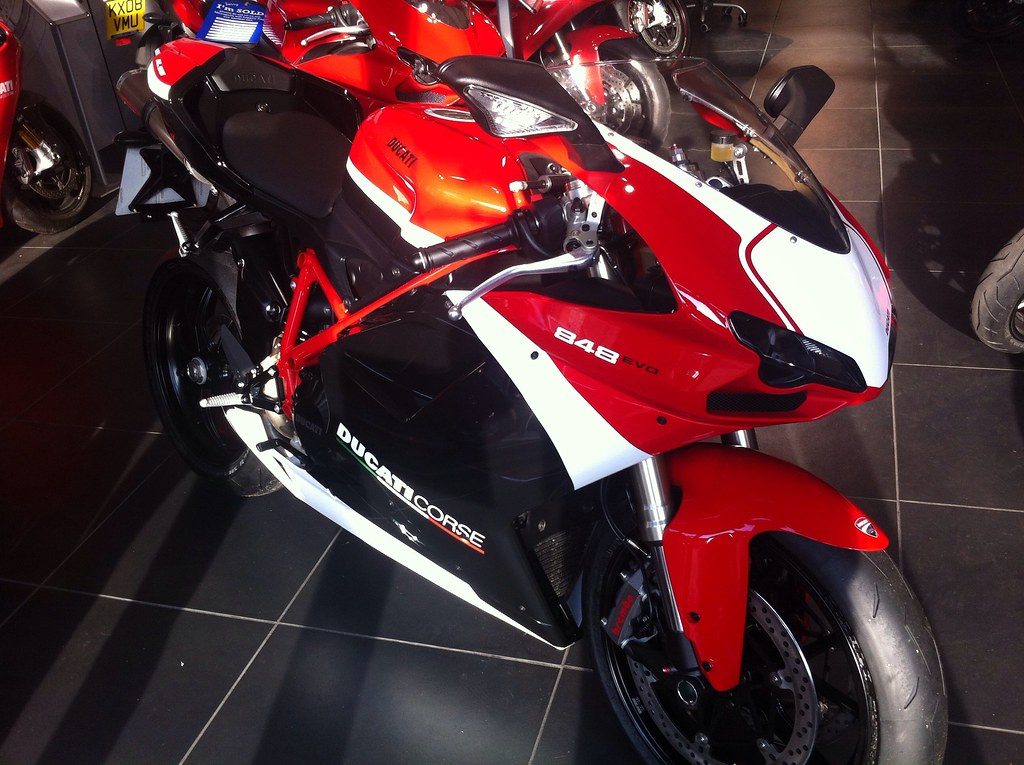 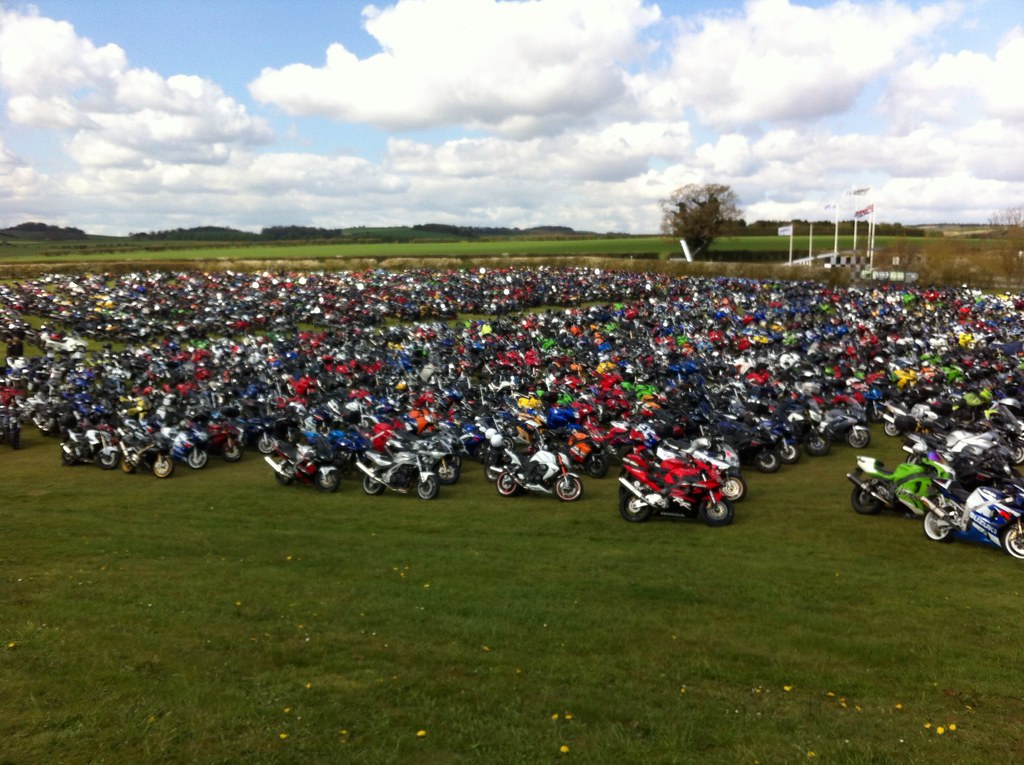 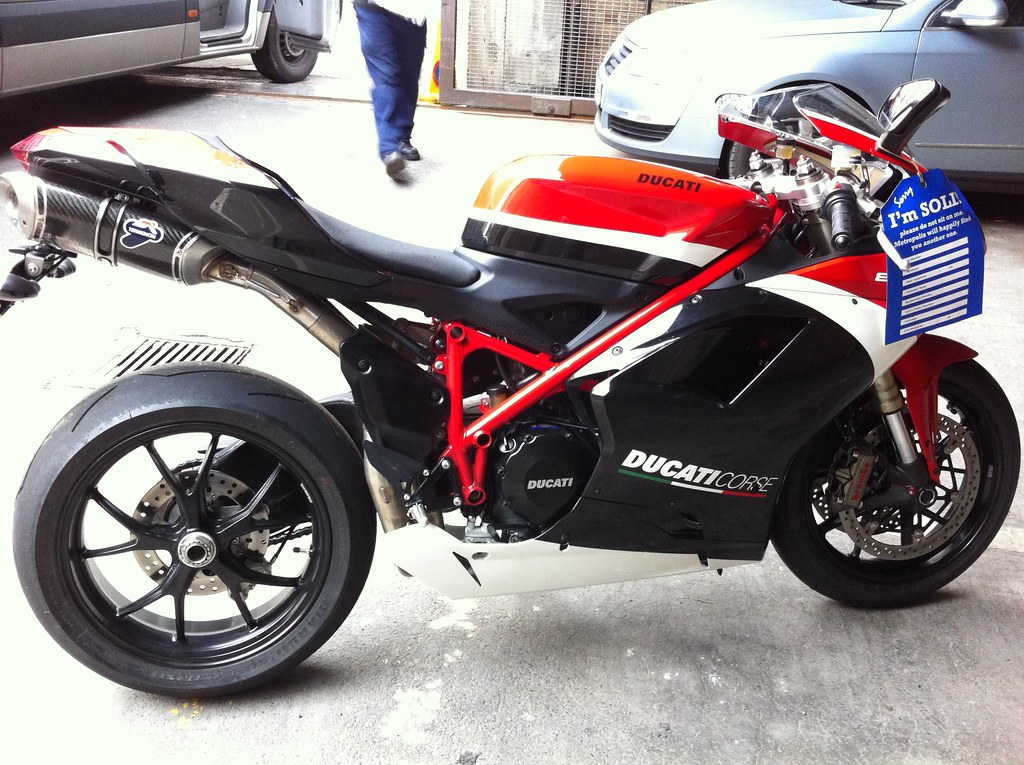 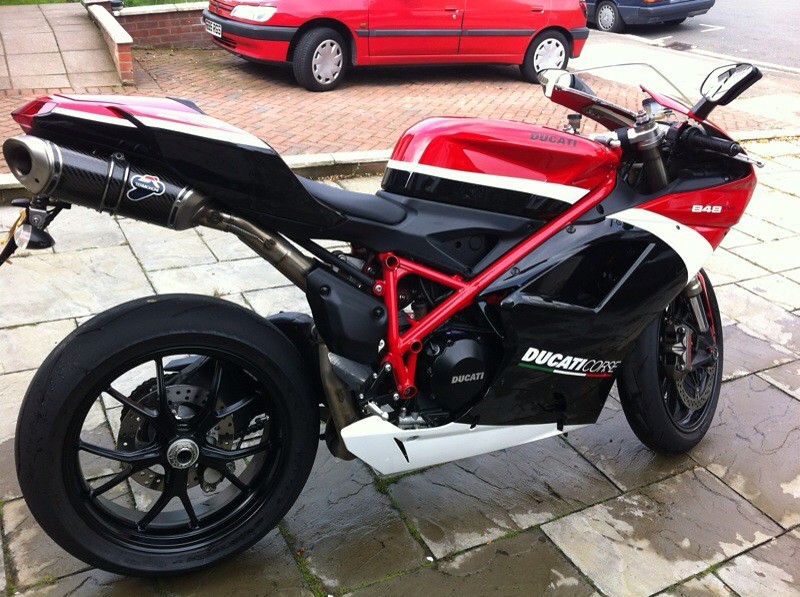 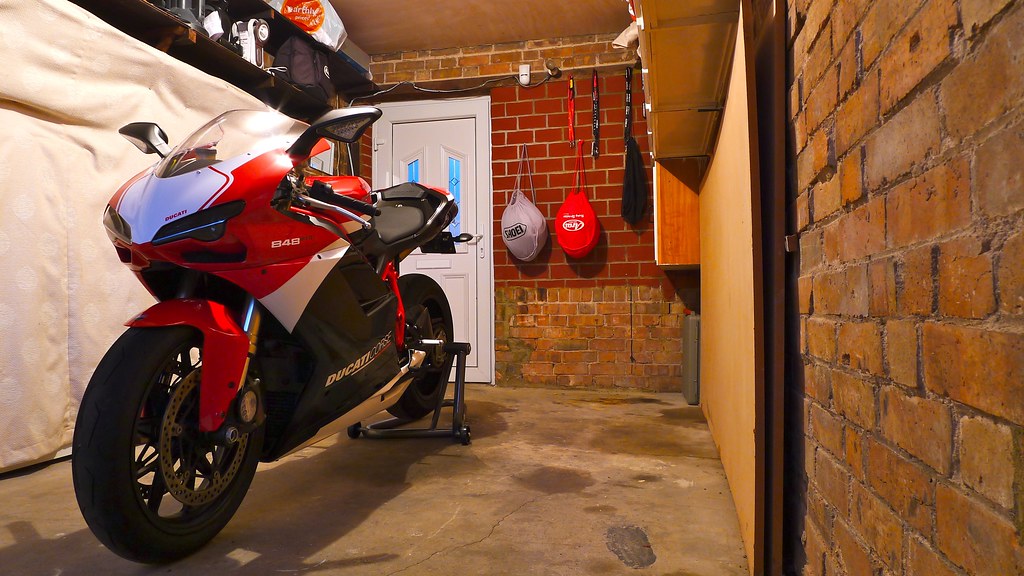 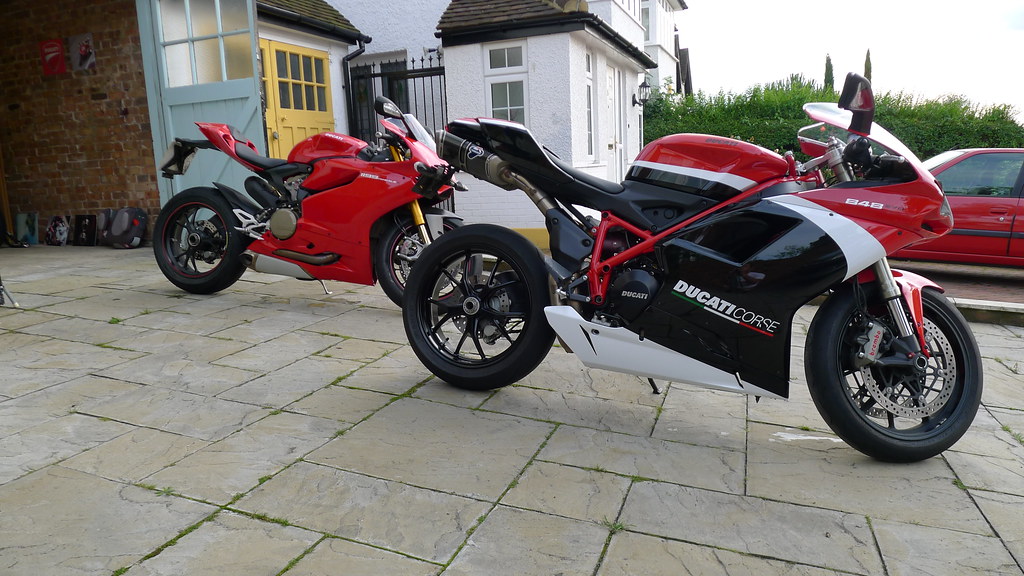 Where does one go from here? Ducati Panigale 1199S Tricolore